Future, Current, and Past Events 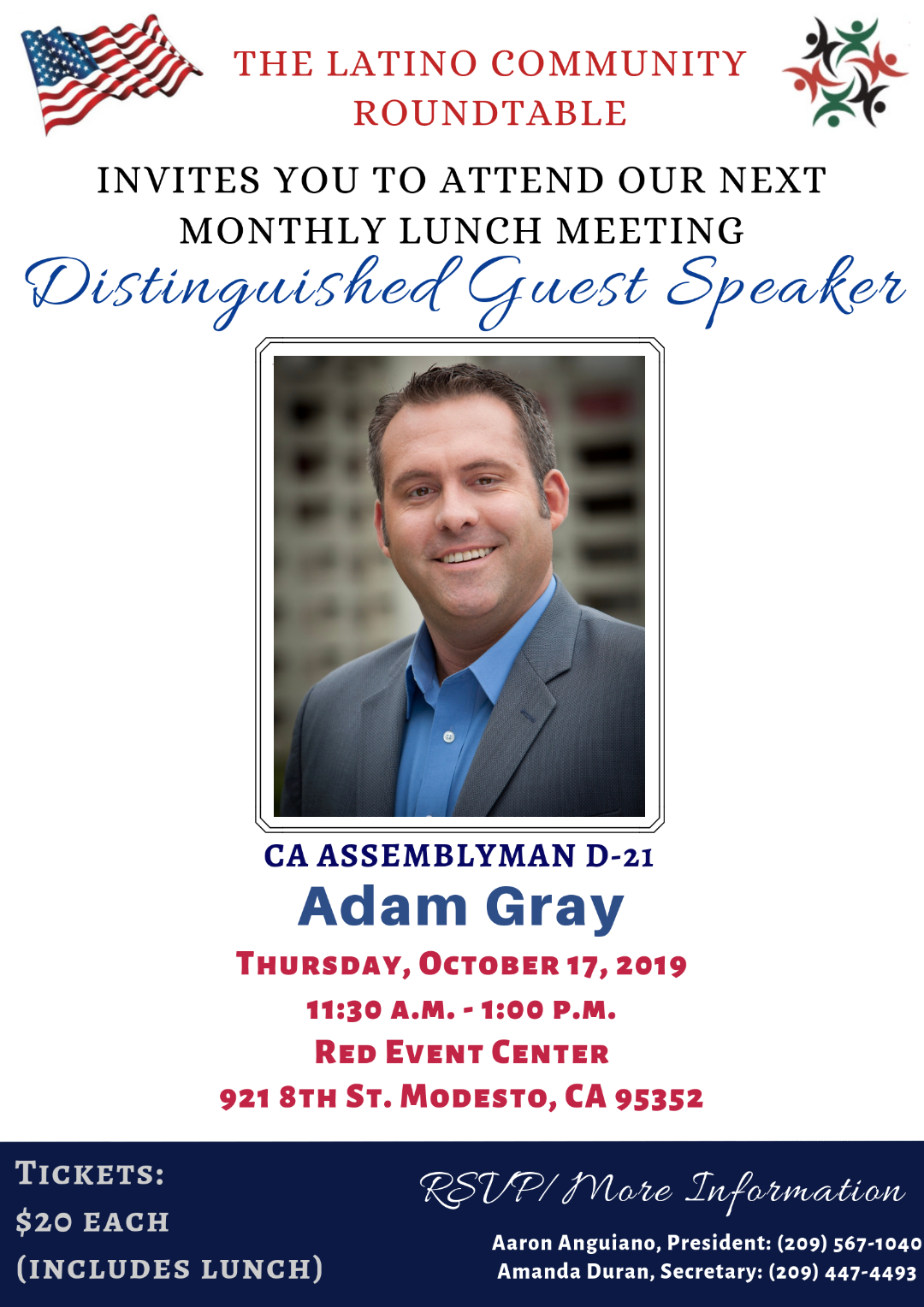 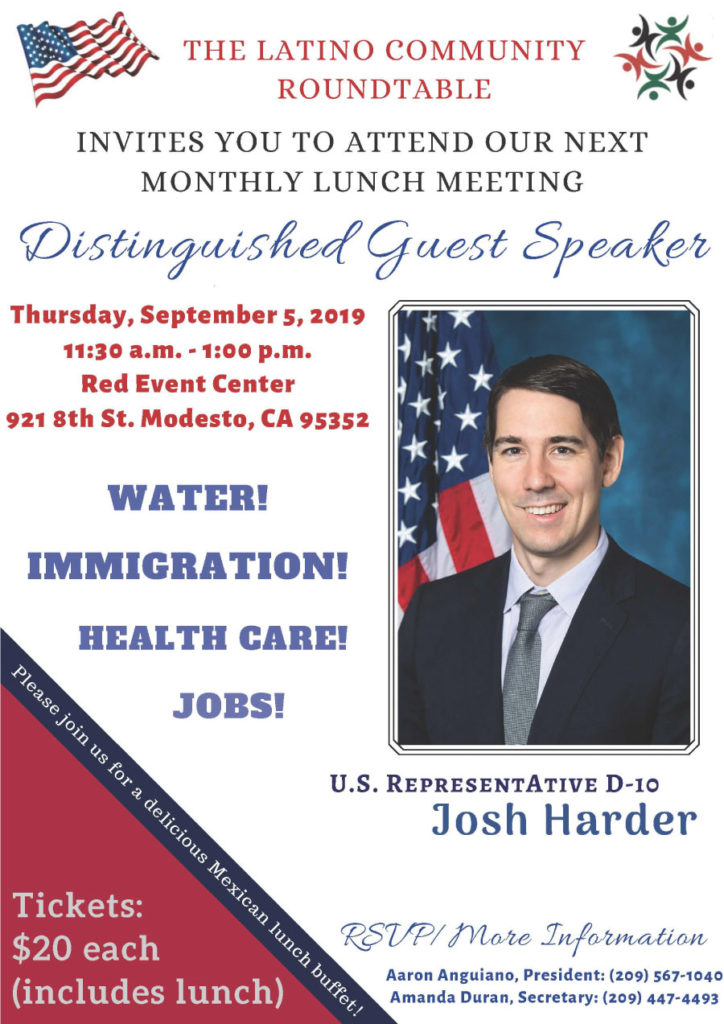 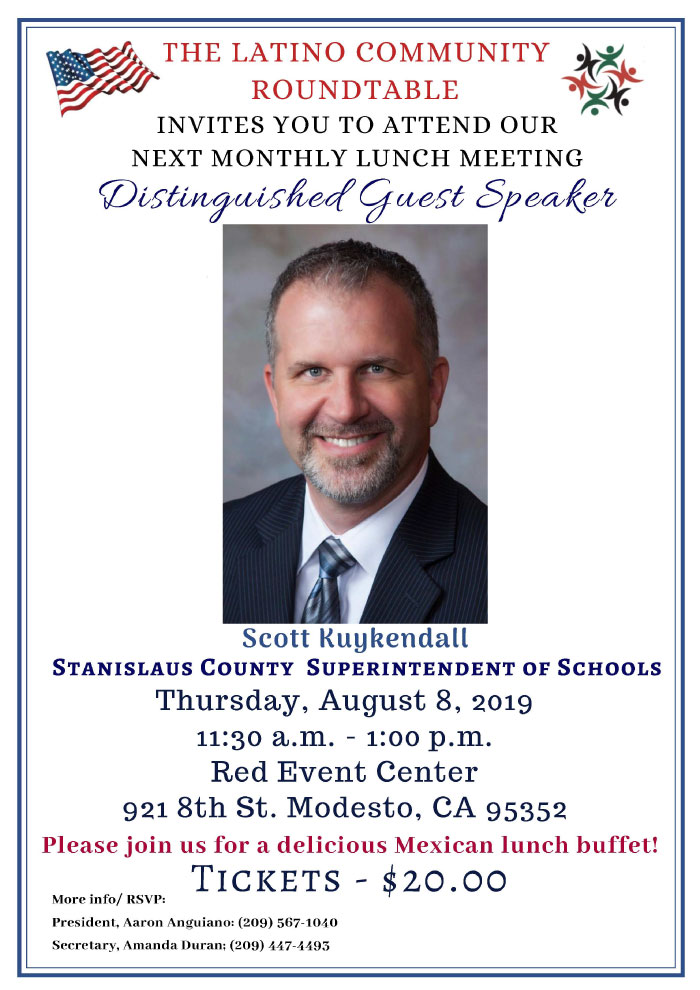 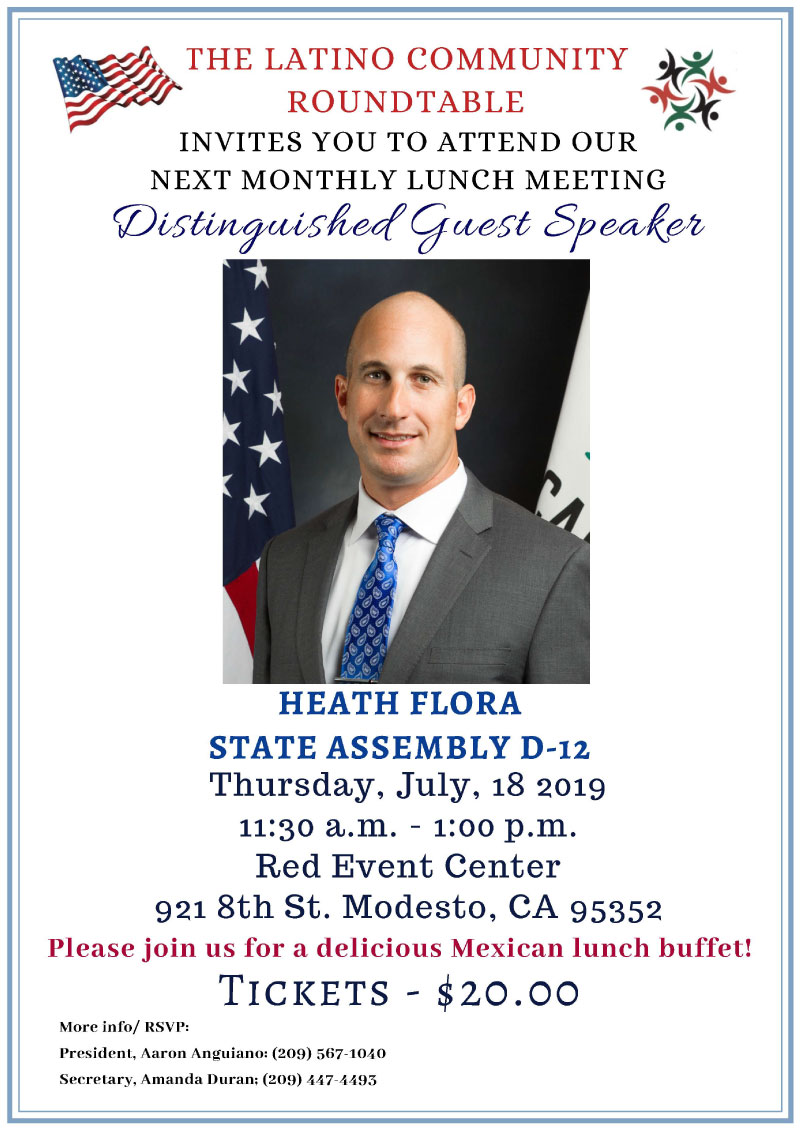 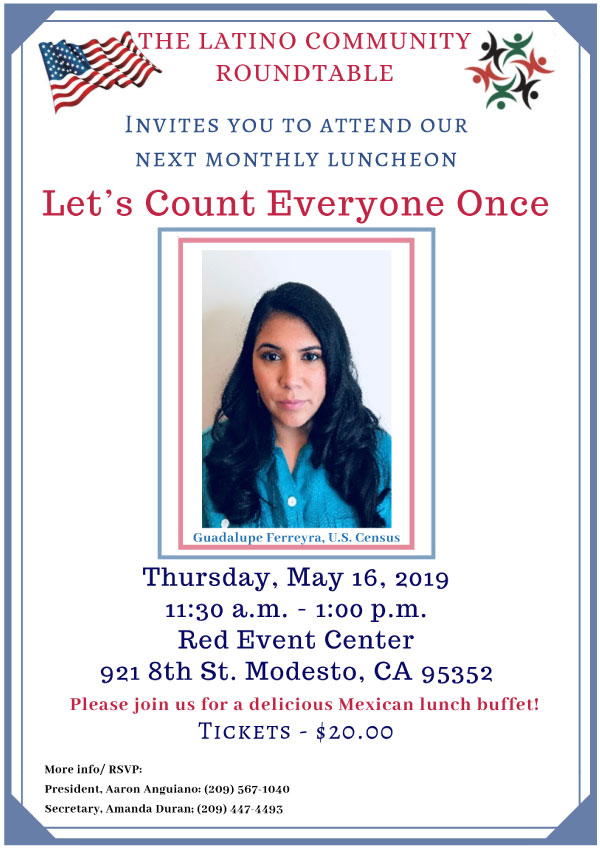 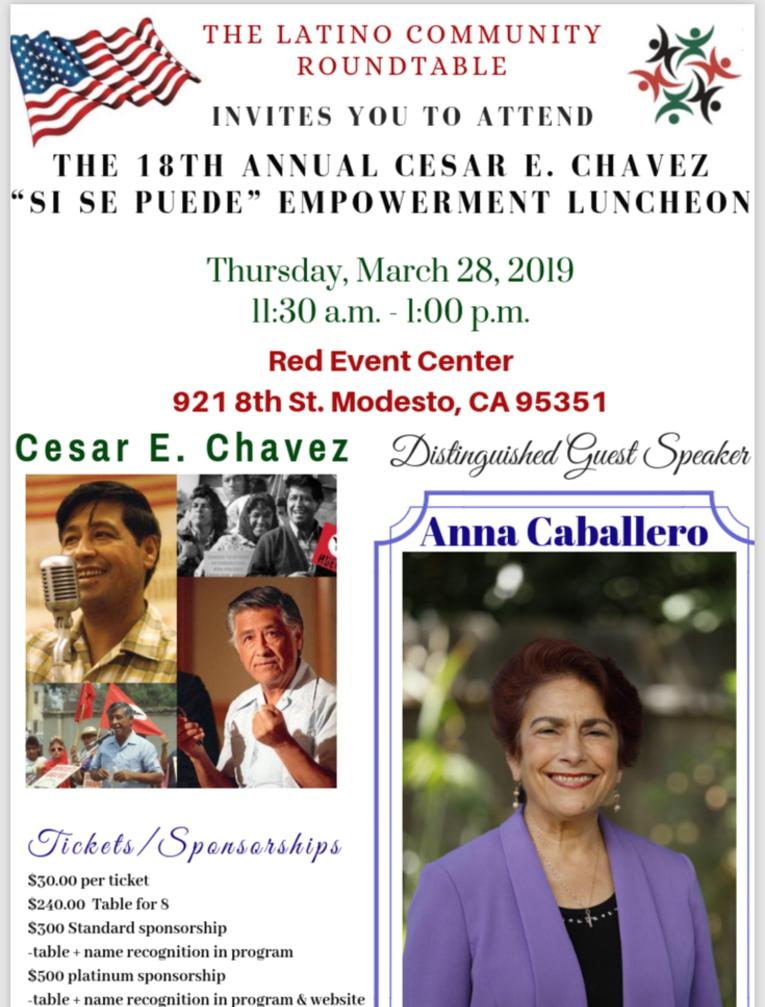 1. LCR’s Position on People’s Right to Protest About Law Enforcement’s Use of Excessive Force Against Minorities

LCR supports peaceful protests against excessive use of force against African-Americans, Latinos, and other racial minorities. Police departments must be held accountable to the community and urgently address implicit racial biases within their members, including providing sufficient training.  A police force that proportionally reflects the racial diversity of its community is essential to the community’s trust in those departments and make their jobs easier and less dangerous to all of us.

2. Press Release May 28, 2020 - LCR urges local officials to revoke endorsement of Ted Howze and to denounce hate speech against immigrants and minority groups.

The Latino Community Roundtable urges local officials to revoke endorsement of Ted Howze and to denounce hate speech against immigrants and minority groups.

The Latino Community Roundtable (LCR) is proudly committed to improving the political, social and economic conditions of Latinos in Stanislaus County. As leaders in our community, we strongly condemn hate speech that degrades Latinos or any other identity group, and we
expect the elected officials who represent us to do the same. The derogatory statements made by Mr. Ted Howze on his social media pages over a period of several years are deeply disturbing and do not reflect the values and diversity of the district that he seeks to  represent. We call on Mr. Howze to drop out of the congressional race, and we urge the local leaders who previously endorsed this candidate to denounce his hateful statements and publicly revoke their endorsements.

LCR rejects Mr. Howze’s attacks against racial and religious minorities, including his statements insulting Dreamers and other immigrant groups. Hispanic and Latino residents make up
approximately half of the population in Stanislaus County, and as of the 2010 Census, over 20% of the residents in our county were born outside of the United States. Immigrants are valued
and important members of our community. We will not accept leadership that encourages prejudice and bigotry toward immigrants or any other community group.

Elected officials who have publicly supported Mr. Howze have a duty to publicly revoke their support in order to communicate to their constituents that they do not endorse hateful rhetoric against members of our community. We applaud the actions already taken by many leaders at the national, state, and local level to condemn Mr. Howze’s comments. Denouncing Mr. Howze’s rhetoric is not a question of party or partisanship. It is a matter of principle. Our public
officials have a responsibility to lead with decency and respect, and to work against – not perpetuate – hate in our society.

We call on our local leaders who have not yet already done so to publicly denounce Mr. Howze’s statements, and to revoke their endorsements. We also hope that Mr. Howze will do the right thing and remove himself from the race. His rhetoric is shameful, and an
embarrassment for the Valley. Let’s work together to make it clear that hate has no place in Stanislaus County.

Amanda Duran, Secretary of the LCR Board of Directors

LCR supports the split-roll state proposition “Schools and Communities First Initiative” that would amend Prop. 13 to tax commercial — not residential — properties at their current market rate instead of the lower formula set by Prop. 13.  The increased tax revenue will annually increase funding for schools and local communities in our entire state.

All U.S. citizens should be able to vote.

LCR supports Universal Healthcare for all Californians. Healthcare should not only be affordable to high income earners, but to everybody regardless of income.  The free market should not dictate who stays healthy or who does not.

LCR supports Bail Reform, Senate Bill 10, now pending in the legislature.  The Eighth amendment of the constitution prohibits excessive bail. All Californians should have the right to bail without experiencing financial hardship that affects minorities and low income people in our state, excluding defendants charged with violent crime, sex offenses, or when the court finds that defendant’s release will be a danger to society.

LCR’s Board also supports DACA.
The Deferred Action for Childhood Arrivals (DACA) is an American immigration policy that allows some individuals, under restrictive conditions, who entered the country as minors, and had either entered or remained in the country without legal permission to do so, to receive a renewable two-year period of deferred action from deportation and to be eligible for a work permit.

The Latino Community Roundtable of Stanislaus County (LCR) Board of Directors supports the National High School Walkout on April 20th (the 19th Anniversary of the Columbine shooting) in protest of ongoing gun violence in schools.
#nationalschoolwalkout

Being a member allows you to attend our events, meetins, and luncheons and get to know others of our community who support our goals.

You may help us by making a donation through paypal.

By becoming a sponsor, you will help us in achieving our goals of improving the Latino community.  As a thank you, we post your business logo on our website to acknowledge your involvement and support.

Volunteering your time is just as valuable as donating dollars.  We need people to aid our endorsed candidates as well as to organize our events, etc.

Our goal is to improve the Latino Community in terms of political, social and economic welfare.  We do this by educating those who wish to get involved in the government and leadership of Modesto, endorse candidates for office giving permission for use of LCR logo/name on campaign materials, promoting them with our members, and providing other support such as recruiting volunteers at LCR.

We help the Latino Community by endorsing and supporting political candidates for election.

We educate Latinos on the political process and how to get involved.